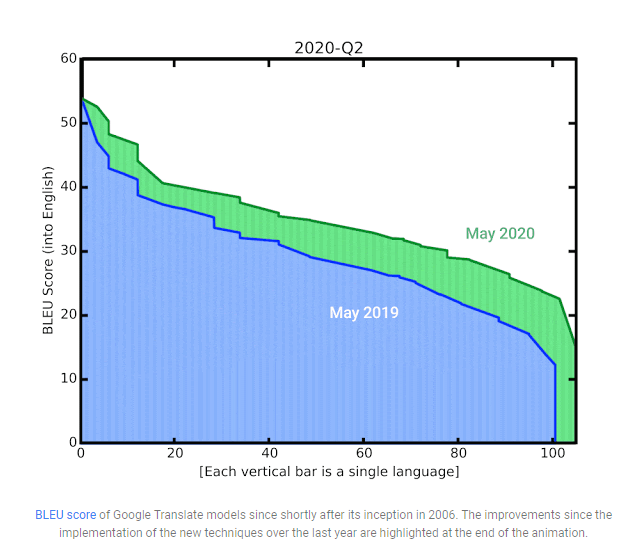 A number of new techniques have recently been implemented in Google, resulting in five more BLEU points in quality improvements, particularly for rare languages. In fact, Google has just published a blog article with some hints on the techniques that facilitated this achievement, but another aspect caught my attention.

Last year's WMT19 symposium brought forth various claims in regard to "human parity" and even "superhuman performance," but such claims had to be debunked by other researchers even for high-corpus language pairs such as English-German.

That's what I call fair play.

You do the research, make advancements and you aren't inflating the balloon of false hype in regard to so-called human parity. Instead, you tell it like it is.

Today's translation-and-localization industry is engaged in the "last mile" of differentiation in quality and accuracy between unverified MT output – which is prone to data-conversion errors, loaded with posteditese and translationese – and accurate, technically proven, forceful marketing texts that professional linguists produce to ensure technical accuracy and impact on the target audience.

We the people have to be honest and truthful. Otherwise, we'll cheat ourselves in a big way.